Currently the Chicago Blackhawks remain undefeated after the first 24 games of the NHL season. But you all knew that right?

Yeah… you watch SportsCenter. You know the Canadians with the Indian on their bloody jerseys have not lost to any of the other Canadians.

You also know that the Heat are undefeated after their last 16 games.

Let’s face it. You know way too much about NBA teams, their players, and their beef.

You know nothing about the NHL. 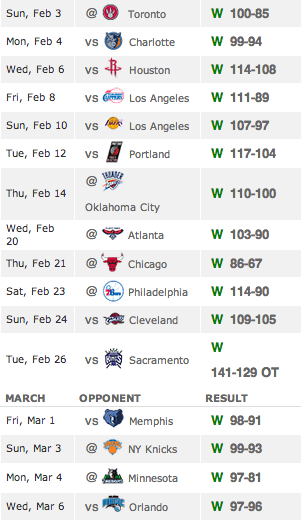 And here’s the Blackhawks’ win streak:

There are losses on there. In fact… there’s 3.

Why yes, welcome to hockey. No one ever said “win streak”… they said “undefeated streak.”

Wait. That makes no sense. They did get defeated. How can you even call it an “undefeated streak”?

To their credit, they have won 11 straight games. That’s incredibly impressive. But they haven’t won 24 straight. Don’t let their Canadian tomfoolery deceive you. The Heat’s win streak is longer.

In closing, here’s a general sentiment of most American sports fans: