Love him, hate him, there is no denying that Charles Barkley has left a lasting legacy on the game of basketball if not the world.  There is only one Charles Barkley and there will only be one. Overshadowed by his flamboyant personality is how great of a player Charles really was during his tenure in the league. Chuck ranks amongst the top 20 all-time in career points and rebounds. Did I mention that Chuck is only 6’6 and was overweight for most of his career? Flat out remarkable. Charles gets over looked sometimes because of the great players during his time like Jordan, Olajuwon, and Malone, but there is no denying Charles credentials as one of the greatest.

Then there is his personality. In a world where political correctness has become so over exaggerated that some fear every word or action they do will offend some group of people, not Chuck. There is not a more bold person in sports, or society for that matter. Chuck never shies away from speaking what is on his mind (for better or for worse) and that why I love him. For a timid person like myself, Chuck has become a role model (though he doesn’t like to be called one) of mine for his lack of care of what people think about him. Though I don’t agree with a lot of things Chuck says or does , I love Chuck for being Chuck.

So Happy 50th Birthday Chuck. And here are my top 15 Barkleyisms:

15. Chuck nearly gets posterized by Shawn “The Stormin Mormon” Bradley, but gets more embarrassed instead.

I’d never buy my girl a watch… she’s already got a clock over the stove.

12. It’s beyond me how Barkley didn’t win an Oscar for this one.

10. Chuck has a memoir, it is not about basketball. Ill leave it at that. 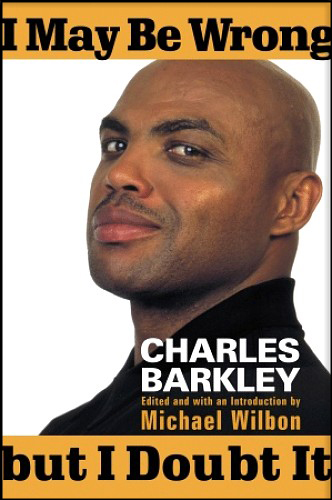 After throwing a guy through a 1st floor window in a bar Charles was in front of the judge.
Judge: “Your sanctions are community service and a fine, do you have any regrets?”
Charles: “Yeah I regret we weren’t on a higher floor”

7. Chuck is running for Governor of Alabama….at some point. 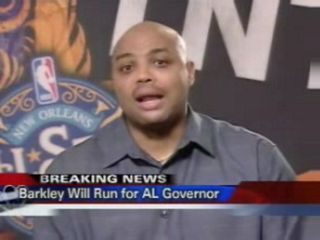 5. What Chuck thinks about the All-Star Game.

Hell, there ain’t but 15 black millionaires in the whole country & half of ’em are right here in this room.

4. He is slightly gullible.

I always laugh when people ask me about rebounding techniques. I’ve got a technique. It’s called just go get the damn ball.

1. I’ve often wondered what goes on in Chuck’s brain and this painting is the closest thing that can be comprehended by a mere mortal, and it can be yours for $400. 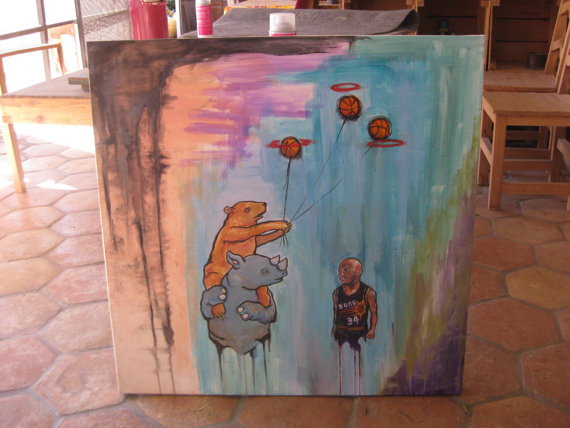